Rombo District is located in Northern part of Tanzania between Latitude: 3°09' South, Longitude: 37° 33' East. It is one of the six districts of Kilimanjaro Region in Tanzania. Other district councils are Moshi, Mwanga, Same, Siha and Hai.

The District has a total area of 144,000 Hectares, out of which 44,114 hectares are arable land, while 194 hectares are covered by forest.  Pastures occupy an area of 38,194 hectares, infrastructures cover about 16,692 hectares. Human settlements inhabit 28,820 hectares of the land area.  Alpine grown forest is available in 1,341 hectares.

The soils are predominantly sandy loam and clay loam.  Due to continuous cultivation of land there is soil infertility.  In order to overcome the problems of soil infertility, farmers are using composite manure as well as industrial fertilizers.

Land resources are used for a variety of purposes which interact and may compete with one another; therefore, a desire to plan and manage all uses in an integrated manner is in place. The none-technical definition being "a sound balance among the interactions designed to create a healthy economic growth, preserve environmental quality, make a wise use of our resources, and enhance social benefits."

The District has 3 ecological zones, namely Highlands, Middle and the Lowlands

This zone lies between 1,600m and 2,000m above mean sea level in the slopes of Mount Kilimanjaro.  It receives rainfall ranging from 1,250mm to 1,750 mm per annum.  Banana and coffee crops are cultivated from small-scale family farms. Other potential crops include maize, avocado, mangoes, round potatoes, beans and vegetables. Mixed farming is also practicable.

Animal husbandry is highly practiced by almost every household. Each household has at least one cow, pigs, chicken and some goats and sheep. These animals are zero grazed. Animal rearing has been taken to be one of the major sources of household income.

This zone lies between 1,000m. and 1,500m. Above sea level, receiving rainfall ranging from 700mm to 1250 mm per annum.  Most of the cash and food crops cultivated in the Upper Zone are also found in this zone. Maize and beans are cultivated in small household farms. Other crops found in this zone include cowpeas, pigeon peas, cassava and finger millets. Dairy cows are also available.

This zone lies below 800m above mean sea level. It receives rainfall ranging from 500mm to 700 mm per annum.  Farming of draught resistant crops like pigeon peas, groundnuts, beans, sunflower and sorghum is the main economic activity.

Small scale farming carried in this zone is supported by traditional animal husbandry of Zebu cattle, sheep, goats and other small animals.

Most of the farmers in the Upper and Middle Zones depend in this zone for farming seasonal crops like maize, beans, sunflower and other food crops.

The District has a bimodal type of rainfall registering  short rains (vuli) which begin in October – December and long rains (masika) between March and June. Vuli is most potential season in the district compared to Masika

Due to land scarcity the agriculture area tend to remain the same and even decreases due to development of social services and human settlement. 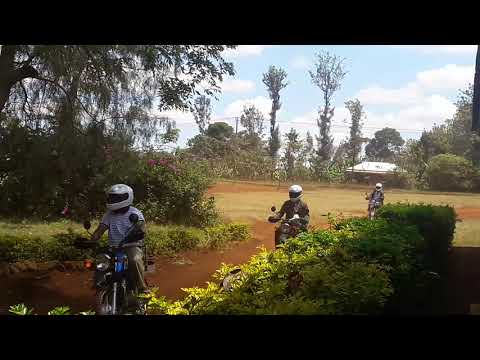